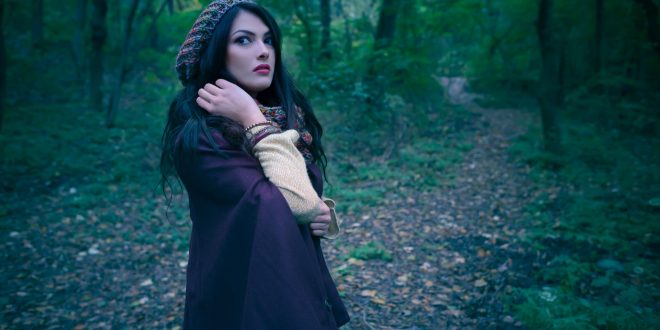 Do You Love Creepy Urban Legends? Listen to These 4 Young Adult Audiobooks

What is an urban legend?

Basically, it’s the modern version of a fairy tale, except perhaps a little (or a lot) more frightening.

The urban legends that are popular today have likely been around for decades – at the very least. Those stories have been retold and reformulated repeatedly. The greatest urban legends have even made their way around the world.

The thing that makes urban legends so popular is that they often have their foundation in reality. Ask a group of people about so-called creepy true urban legends and many of them will confirm that they believe the stories to be true.

For anyone who loves edge-of-the-seat, creepy urban legends, the following list of spine-tingling stories should definitely be added to their to-be-read list.

As was mentioned, the most popular (beloved?) creepy urban legends have been told and re-told for decades. However, there’s a common thread that can be found no matter how many times a story has been re-written. Here are six creepy urban legends that happen to be true—or not—that authors often build upon to create their own scary stories.

At the top of the creepy mirror urban legends list is the story of Bloody Mary. The legend says that the ghost of a woman will appear in the mirror when her name is repeated three times.

2. Killer in the Back Seat (or High Beams)

The High Beams legend is one that’s in the back of every driver’s mind when they get into their car at night. The story goes that there’s a killer in the back seat, but the driver doesn’t know it. A well-meaning truck driver following her keeps flashing his high beams to warn her. The woman doesn’t know there’s anyone in her back seat, so she starts out being creeped out by the truck driver, only to be grateful to him in the end.

A girl is in bed at night, scared of the darkness, but reassured when she places her hand over the side of the bed and her dog licks her hand. The only thing is – it’s not her dog. It’s a murderer under her bed.

The Slender Man is a fictional character that started out as a scary internet meme. The man is unnaturally thin and tall, wears a black suit, and is faceless. He spends his time stalking, kidnapping, and traumatizing people. This character often finds himself in frightening children’s stories.

Also known as The Red Spot, this story has been told since the 1970s. Someone is bitten by a spider. The bite then swells into a boil and eventually bursts. That’s bad enough, right? Nope – it gets worse. Inside the boil are hundreds of baby spiders. The person basically served as a spider incubator. Have chills yet?

The Vanishing Hitchhiker is a legend that’s been told for centuries. The story is that people who are traveling pick up a hitchhiker who ends up vanishing without notice or explanation, and oftentimes while the vehicle is still moving.

Some of the most popular creepy urban legends involve children or teens, making them a great foundation to build an engaging YA story. Here are just a handful.

1. The Host by Stephanie Meyer

The idea of something hatching and growing within the human body is terrifying – which is why this premise has been used repeatedly over the years to create scary stories, like Alien or Dream Catcher.

For anyone looking for a good YA novel that uses this same type of storyline, The Host is a great place to start.  Stephanie Meyer’s story isn’t gory or creepy—it’s a post-apocalyptic romance that is thought-provoking and makes readers question what they would do in similar circumstances.

2. I Know What You Did Last Summer by Lois Duncan

For readers who want to be on the edge of their seat, I Know What You Did Last Summer is a great book to read.

In this story, four teens end up being responsible for the death of someone. They think they can keep their role under wraps – but someone knows what they did. That someone is intent on making them pay, while psychologically traumatizing them along the way.

3. The Hunger Games by Suzanne Collins

While not always scary, quite a few urban legends exist that pertain to food and what it’s made of. For example, one legend says that McDonald’s hamburgers are made from ground-up earthworms. Or that their burgers contain cow eyeballs. Yum.

Food and horror or creepiness can easily go hand-in-hand, and writers have taken advantage of this. The Hunger Games has kids killing for food, while other stories (like Make Room, Make Room, later made into the movie Soylent Green) have people unknowingly eating food comprised of other humans.

4. The Girl from the Well by Rin Chupeco

While there are many creepy Chinese urban legends (due to China’s rich history of folklore), this urban legend from Japan ranks high on the creepy list-o-meter. The Girl from the Well tells the story of Okiku, a servant who was unjustly killed. Okiku gets her revenge on others by drowning or swallowing them.

In this particular telling of the story, there’s quite a bit of gore. According to Common Sense Media, it’s not recommended for anyone under 14 years of age.

Reading stories of creepy urban legends can be thrilling. Readers who want to take things to the next level, though, should try the audiobook versions of their favorite horror stories.

Google “10 creepy urban legends – audiobooks” and the results provided will not simply be some of the best urban legends of all time. Instead, readers will find compelling stories that are made even more spine-tingling by the (sometimes award-winning) narrator’s telling of these classic, creepy tales.

Do you love edge-of-your-seat stories? Be sure to check out our vast selection of thrillers from authors like Stephen King, James Patterson, and Greer Hendricks. 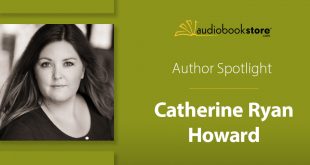 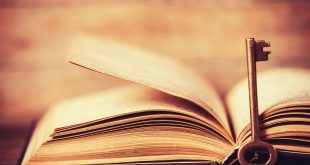