Want to look well read at your next gathering without having to read War and Peace (unless never ending Russian exposition-driven books are your jam, in which case enjoy listening for 83 years)? An easier course of action may be audibly diving into any of these best-selling selections. They’re top sellers, which means pretty much everyone has heard of them, so unlike obscure Dostoevsky references, your commentary is sure to land. (We swear we don’t dislike Russians; it’s just their books are aggressively long and we’re sick of being quiet about it). By bestsellers we (and the rest of the world) typically reference the New York Times list, since everyone knows the world ends at the edge of Manhattan. The list is also a bougie hipster, in that it only considers bookstore sales, both corporate and independent. Sorry Target. The list also only accounts for top weekly sellers, so even if a book is enduringly popular, explosive growth wins the race. Our apologies to both turtles and the Bible.

If you’re intimidated to attend a gathering with a bunch of English majors, just remember you’re already winning because your degree isn’t in English. Then try dropping some Dickens references and you’ll fit right in. Aside from confirming Dicken’s love of weird names (seriously, google his nicknames for his kids) as well as being a thrillingly adapted Wishbone episode, A Tale of Two Cities is a good one to mention, since unlike A Christmas Carol you can use it all year round. It’s also just a good book. A tale in, well, two cities, we meet Doctor Manette as he struggles through prison time in Paris, and later his relationship with his estranged daughter in London. Set against the backdrop of the almost French Revolution, the themes of complex family dynamics and calamitous class discrepancies are still relevant today.  Bonus points if you casually work in the word “Dickensian” in your discussion, you’ll be the star of the show.

The Lion The Witch and the Wardrobe- C.S. Lewis

If you want to be the “cool uncle/aunt” then you need to brush up on some C.S. Lewis. The first book in this series introduces us to the four Pevensie kids, who are evacuated to the country during the Blitz in England. Then they walk through a magical wardrobe and end up in an alternate world. God is a lion. A witch makes it snow a lot. There’s a classic “band’s breaking up” situation when one of the siblings is tempted to jump ship to the wrong side, only to come back to good at the last second. There are battles and talking beavers to entertain any young ones, and religious symbolism and redemption allegories for the adults. Not only is this a classic, but it’s also a crowd pleaser no matter who your audience may be.

Perhaps you have a date coming up with a comic-con nerd? Looking for a way to impress them all the way to their hairy hobbit toes? Find that reference confusing? You won’t if you give a listen to The Hobbit. Here we have another fantasy novel, albeit one more marketed towards adults. No lions or

beavers, but we’ve got entirely invented races and characters, wizards, and a seriously hot elf if the movies are anything to go by. We’ve also got more religious allegories, as well as themes on greed and the human (or hobbit) condition.  Sure, you could watch the film instead, but according to every nerd husband ever, this is lame since the book is way better, and your date will totally be able to tell if you took the easy way out.

And Then There Were None- Agatha Christie

Maybe you need some inspo for your next murder mystery party? Enter, Agatha and her most famous whodunit masterpiece. Christie was clearly into true crime before it was cool, and while this novel is a work of fiction, anyone who’s interested in the macabre will likely find it entertaining. When guests who arrive for a mysterious dinner party begin to be killed off one by one, the hunt is on for the motive and the killer. Everyone in attendance is the worst, so you’ll derive great inspiration for your own dinner party character with the added bonus of not feeling bad when they die. Also, you definitely need to incorporate a feather boa into your costume. Find a way. 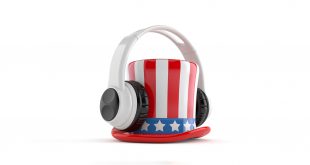 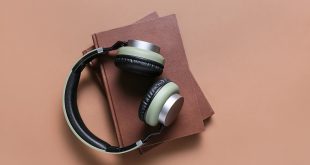